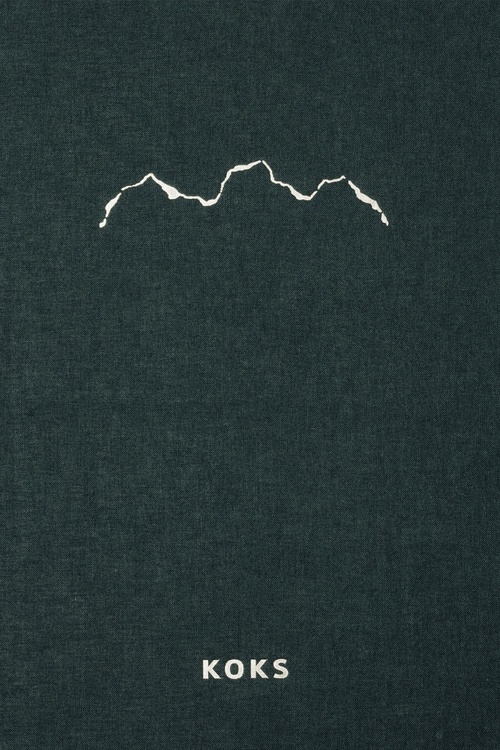 I was born here – surrounded by the forces of nature, the smell of the rolling Atlantic Ocean and the sight of rugged peaks cloaked in green. To be Faroese is to understand that we have had to survive in an isolated landscape for more than a thousand years, a place where no trees grow, where the soil is thin and the wind makes growing crops a daily challenge. We have always eaten what is available locally, the plants, animals and fish that survive here. The flavours I create in the kitchen come from that landscape; they can be raw and powerful, and some of our ingredients - such as wild sea-birds - may be challenging.

As a chef, my work depends on the ingredients I can find, and their quality is dependent on time – the longer food travels, the more it degrades. In these eighteen islands, we are never more than 5 kilometres from the sea, and our waters and our air are among the cleanest in the world. That vitality, that elemental freshness, plays its part in my cooking.

Our Faroese food traditions have been built upon wind-dried and fermented animal protein. Here there are dishes that rely on the so-called ‘fifth flavour’ - or umami – most obviously embodied in the Faroese process we call raest. This fermentation process, driven by bacteria, has allowed us to eat species which are not now widely consumed in other places, though we recognise the conservation status of the animals and birds in our local environment.

My dishes are very much about experimentation. While some recipes inherit the past, none of them are strictly traditional. Faroes has modernised very rapidly in the past decade, and winning our islands’ first ever Michelin star and then a second (in 2019) was a recognition, I believe, of a successful marriage between Faroese food culture and contemporary high-cuisine.

In this book, I hope we can show you a little of what life is like in this rugged, windswept place. The photography – by Claes Bech-Poulsen – reveals some of Koks’ latest dishes, but also portrays the raw beauty of the land and sea where the food was born. The chapter texts - by Tim Ecott - convey something of the essential spirit of the Faroes.

This book will take you to each of the islands, and bring you a snapshot of what we try to do at Koks. I hope that chefs will be inspired by the recipes, and that general readers will understand better how we live here today. Most of all, I hope it captures the essence of the islands in all their raw power.

--
Tim Ecott is a former BBC World Service staff correspondent with extensive experience of writing for radio and screen. At university he studied Social Anthropology and first moved into radio from film, flitting between the two throughout his career. He writes nonfiction, drawing heavily on his fondness for the natural world. He has worked widely in Africa and the Indian Ocean.